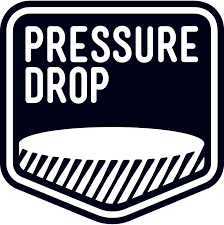 Pressure Drop began life as three friends brewing in a garden shed. We now operate on a larger scale, but with the same focus on quality and innovation. We use the best ingredients to make the kind of beers we, as beer lovers, want to drink.

We have steadily grown to our current scale where we are capable of producing 8-10,000 litres of beer a week. We remain an independent business and employ a small team of people to help us brew, bottle and keg all our beers in-house at our Tottenham brewery.

Our brewery features a large coldstore where our beers are kept for maximum freshness. We strive to maintain our reputation for quality and innovation. We produce an inclusive range of modern beers. 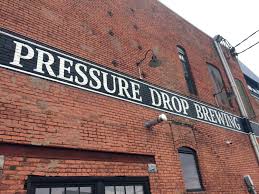 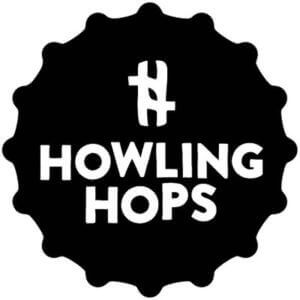 How did Howling Hops begin?

We’ve been passionate about good beer for many years. Initially drinking it, then selling it at the Southampton Arms and eventually onto brewing it. At the Southampton Arms we realised how much demand there was for interesting beer. There was some good stuff out there back in 2008 but the majority was pretty boring. We knew if we could brew some great beer, selling it would be no problem. All we needed was some space and a brew kit.

After much looking for a suitable venue we eventually found a pub with a huge basement, perfect for a brewery. In 2011 we reopened the Cock tavern on Mare street as Hackney’s first brewpub. Back then we had one simple brief to ‘make some interesting beer’ and that we did. We brewed over 100 different beers in the ‘brew cave’ over the course of 2 years, never brewing the same beer twice. We expanded a few times but still couldn’t really keep up with the demand. We really needed to expand again, somewhere with more than 5’10” of ceiling height. Someone approached us about a space over in Hackney wick and that’s where we are today with a lovely steam heated 15bbl 4 vessel kit.

What kind of beer do Howling Hops brew?

Howling Hops brew bold, modern, uncompromised, flavoursome, generously hopped beers. All our beers are unfiltered, unpasteurised and suitable for vegans. We still stick to our early philosophy of ‘make some interesting beer’, although not every one is different these days. We have a core of 4 beers that we brew regularly, a couple of beers we brew seasonally and every 3 or 4 weeks we brew a different single batch beer.

We’re not particularly commercially minded as we sell a lot of our beer ‘in house’. We’d rather make bold interesting beer and try to have some fun along the way than make middle of the road commercial brews that appeal to everyone. There are other breweries that fill that gap and do it well.

The tank bar, what’s that all about?

Tanks are cool. Everyone knows that. Keg washing sucks, brewers know that! We used serving tanks in the basement of the Cock Tavern and connected them to the taps upstairs, it’s a good system. We took it one step further at the tank bar, 10 tanks with the taps pouring beer directly from them. It’s super simple and it works well. Instead of washing kegs all day we can do other interesting stuff like, er, brewing beer.