Beavertown Lupuloid – is it worth the hype?

OK, hold on there. “You do sell Lupuloid online right?” you ask. Yes, and like the rest of the craft beer world I couldn’t wait to try the newest beer from Beavertown but the answer is still no. Let me explain. They say all good things come to those who wait and Beavertown’s IPA was a long time in the waiting – 4 years to be exact. For such a massive and influential brewery such as the lurid monster of N17 not to have a core IPA beer is unheard of. Most craft breweries have a staple pale, lager, IPA and porter, blah, so why not Beavertown?  They’d clearly made the decision to hold back on this then wow us in the future with a brand new beer and they did just that, visually anyway. As the images of the can were circulated online it was hard to ignore, oh so very hard, with the now classic Beavaertown artwork plain to see. Actually it was far from plain it was absolutely in-your-face, no massive surprise there but it added to the hype-train. The can is drenched in a vivid pink from cap to toes and featured the usual outer-space landscape and tom-foolery in it’s character images. 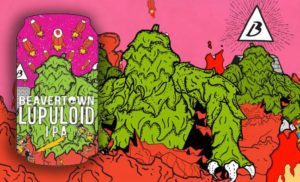 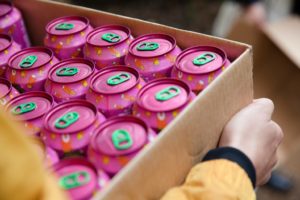