ABOUT BREW BY NUMBERS BREWERY 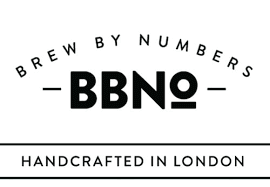 At Brew By Numbers (BBNo.) we strive to create new, exciting and forward-thinking beers focusing on quality and drinkability. Each style has a number, for example a porter is 03 and each style has a version number. So 03/08 would be the 8th version of their porter they have made.

Whether developing new styles, adapting established ones, or bringing the less well-known styles back into the limelight, we create each beer with the same level of care, attention and respect.
All of these carefully crafted beers are brewed with the finest natural ingredients and packaged alive, in both bottle and KeyKeg, to ensure a natural carbonation and allow flavours to evolve over time. The harshest critics of our own work, we only release beers that are of a high standard, balanced and drinkable.

Before brewing together, Dave and Tom took their inspiration from opposite sides of the world.  Dave discovered craft beer in Australia and New Zealand, while Tom, introduced to The Kernel Brewery during the early days, was blown away by the intensity and variety of flavours that come from the new world hops they were using.

Since brewing together, Tom and Dave took a trip to Belgium for the Festival of Spontaneous Fermentation – a weekend dedicated to Gueuze and Lambic beers – and were taken aback by the refreshing crispness of Belgian Saisons and the funky acidity created by the wild yeast Brettanomyces, intrigued by the herbal and spicy tartness of Witbiers, and blown away by the rich complexity of the Abbey style ales. 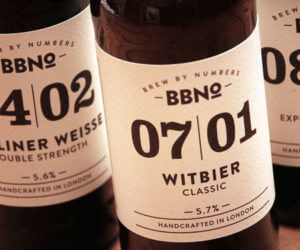