Sun beating down relentlessly, 35 degree heat, hosepipe bans and browned charred grass as far as the eye can see. If this English summer didn’t scream “the hottest since records began” nothing ever will. Until the next one I suppose? So what beer goes best with the most-blisteringly-hot-thing-since-1976? A cloudy yet zippy fresh IPA? A super-cold unfiltered lager? Nope, neither. Not for us. For us it’s a stout. It’s true, in the hottest month since the universe dribbled into existence a stout wins out for this months best craft beer. So it must be some stout eh? Yes, it absolutely is. Let’s lay everything out there; it’s no barrel-aged beauty or rare-fermented hype monster it’s just good old Hammerton Crunch but we LOVE it. Crunch is a beer that took a while to perfect. 37 attempts to be fair but I think you will agree they nailed it. 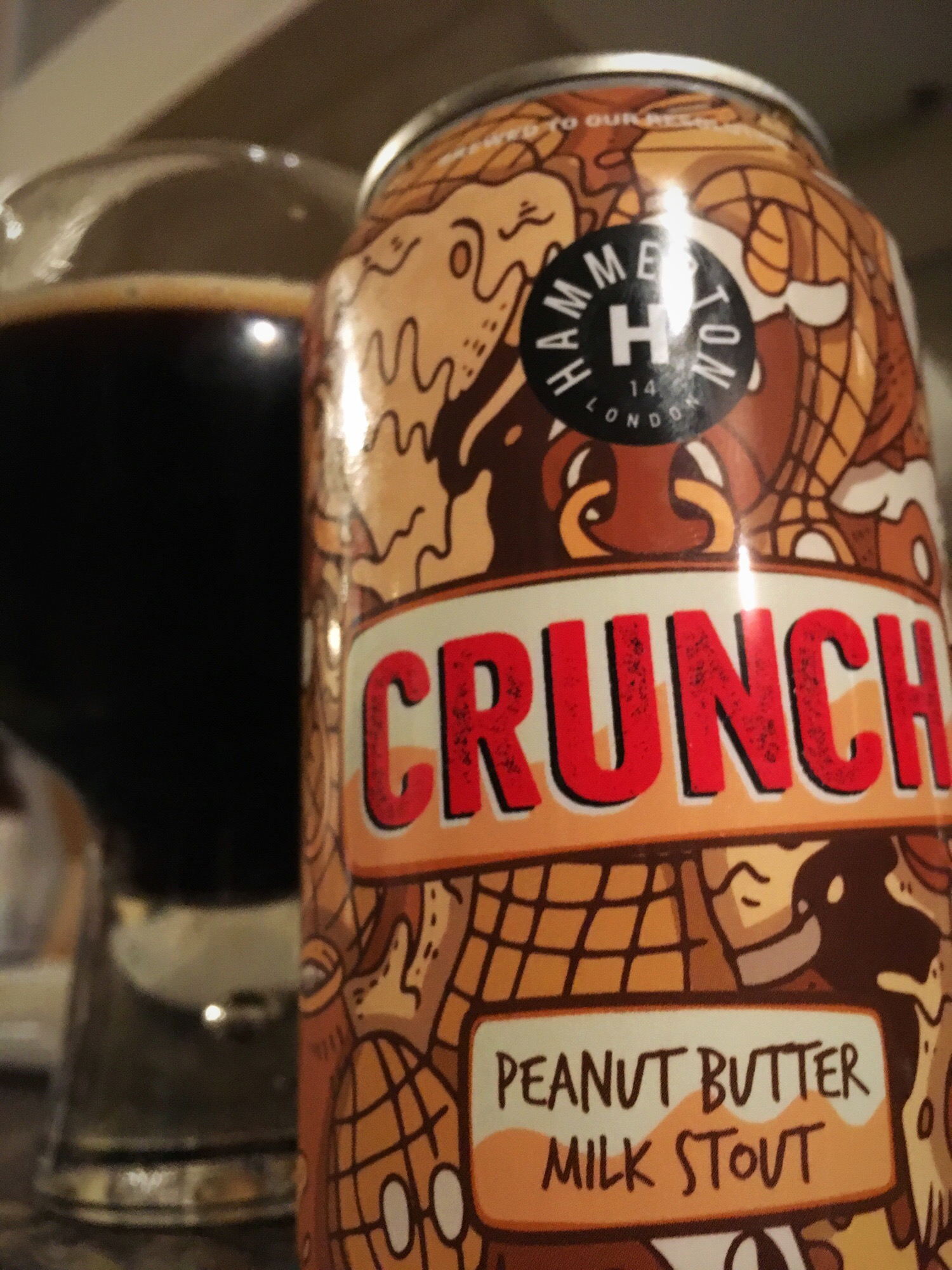 “After 3 Months and 37 experiments, this Stout has what we consider to be the perfect ratio of Peanut Butter, lactose and Biscuit. A massive hit of roasted peanut on the nose, followed by a silky-smooth mouthfeel and a sweet CRUNCH as it goes down”

Hammerton Brewery’s Crunch is a peanut butter stout that’s brimming with flavour. We fell in love with it simply because of just how naughty it was, and how spot on the flavour actually was. We added 50 beers this month to our range and grew the selection to over 200 beer so the competition was tough. Full disclosure; this beer is not for everyone but it’s one we utterly fell in love with and reach for over and over again. There’s a sweetness that hit you with every sip but a bitterness and a grown-up backbone that follows up to keep it from being too gimmicky. Then you sip again and the chocolate nuttiness come back in floods and you forget the adult sensibilities all over agin as you bask in a wave of childish nuttiness. It’s cycle that continues over and over until the can is diminished in record time. It’s not complex or cleaver, in fact it the opposite it’s moorish and daft. What it might lack in sophistication this beer makes up for in likability. Crunch is to us a a heap of fun and a bucket-full of nostalgia – there’ comparisons with Snickers and Reeses Pieces as comparative tasting notes, both of which are very accurate. It’s joy to drink, even in the blistering heat, and for us any beer that can stand out when really it has not right to is our beer of the month.

Congratulations Hammerton, Crunch is beer of the month.