We first took a big batch of London Beer Factory wares onto the site back when the winter nights were starting to close in and the nip in the air was nibbling our at our ears. We can only apologise for not restocking their beer sooner but worry not we have resolved this terrible situation – and gone one better! Not only have we managed to get a stack of all their core range back onto our shelves we have added two spring time specials. These are truly special specials as well. 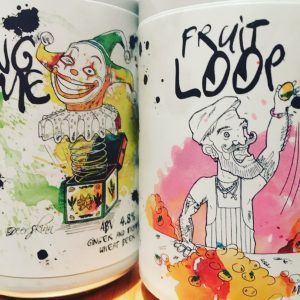 There’s no half measures with either of them. The first is a wonderful drink that makes you think of a summer yet to happen. Long hazy evenings stretching out before you as dragonflies dance in the warm air….Sorry I slipped into dream mode there but they are both absolute belting beers. The first is springtime in can – literally. A ginger and thyme wheat beer called London Beer Factory Spring Thyme. At first I was unsure about this as a combo in a beer but on first sipping it I was instantly won over. There is a mild warm burn of ginger initially – not too much though – which is then almost instantly cancelled out by the mellow clean wheat flavour of the base of the beer. Then just as that starts to fade you get this early herby tingle of thyme on the tongue. Again just enough to hint of the core flavour then it fades to again leave a classic wheat finish. Certainly one to try. 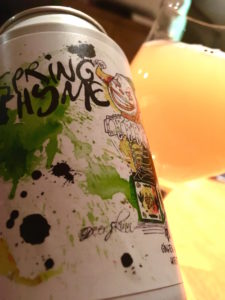 The second is even better. Now I know there is a penchant at the moment for huge big juice bomb beers packed with fruit and bold flavours hiding a massive ABV. The next beer is like one of those, only very different. The London Beer Factory Mango Cream Ale has a ton of big fruit flavours it’s reminiscent of a super hazy pale ale or a dank double IPA but packaged in a much more mellow packet. This fruit bomb is only just pushing over 4% but has such a smooth consistency it feels like you are drinking in milk! It’s such an awesome and different experience – almost unlike a beer at all strangely – and one that simply has to be tried. If summer was in a can, for me, it’s right here. Great work LBF! 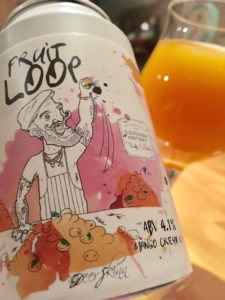 Now if all this seems way too out there then don’t worry there’s still the core range to come as part of our re-stock. Fresh from the fermenters comes the Chelsea Blonde, Paxton IPA, Beyond the Pale and the Sayers Stout as well as the other summer staple (for me) their Bohemia lager. You would be hard pushed to find a bolder more hopped up and interesting core 4 or 5 beers anywhere in London at the moment.

Plus if you needed any encouragement at all beyond the superb flavour, style and drinkability of this craft beer range then I remind you they all come with the ingenious 360 degree lid. Ideal for 1) festivals 2) the train 3) as a contemporary conversation piece.

Gone are the days of Danish carved coffee tables, just stick a can with a funny lid in your living room and watch the compliments roll in! Haha 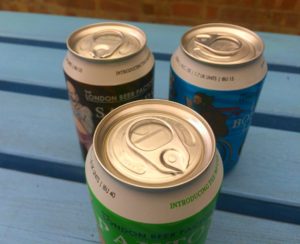 In alls seriousness it’s a pretty cool addition to what is already a brilliant set-up. If you haven’t tried the beer yet I’d urge you to. Roll on summer, let’s swim in it and drink it in, preferably surrounded by delicious wheaty juicy beers. I would never wish something like that away – in fcat it only seems a moment since I was writing about Christmas beer – but I can’t help but feel like I just can’t wait to see what the next invention is to come off the line at the London Beer Factory!