OK, I’ll admit I was a little sceptical when I was approached by That Thing – the company making “life hack” products. Here they were with a white wand – the Ultrabeer – wanting to explain to me how this thing would improve my enjoyment of my craft beer. 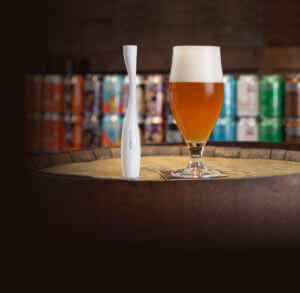 I’m open minded and I had to be. On first showing this looks like a sex toy. There’s no two ways about it, it can’t be hidden, it’s been said many times – it just does. So I’m supposed to stick this in my beer right? Correct, the makers of That Ultra Beer Thing explained to me how to get that perfect head on my pint. Now this intrigued me. I’m a Yorkshireman (exiled to London many years ago) and I’m a fan of a head on a beer. Tell me more oh makers of the white wand…

So they did. ” You may have seen our viral advert” they said. I had. I t had been doing the rounds as my friends tagged me left right and centre in it. “Oli, check this out lol it’s you” etc etc was the general theme as the beer advert was tagged upon. If you haven’t seen it it’s here in all it’s glory That Ultra Beer Thing. I’m always wary of things like this as it has gimmick etched all over it and the video backed that up. I’ll be honest it did ring a little true as the beer-bore in all of us craft beer fanatics comes out. So do I really need to be adding this beer wand to my itinerary for enjoying the perfect beer? So I followed the instructions on their site:

“After pouring your beer, insert Ultrabeer for 1-2 seconds to create microbubbles. Repeat as often as desired, or until all CO2 has been released from the beer. The amount of CO2 in beer varies widely and this will affect the volume of bubbles one beer can release.”

Here is my first attempt using That UltraBeer Thing

As it happened the device is actually quite good as you can see. It does a simple job rather well. You simply insert it into your drink, press the button and a creamy head is added to your craft beer. It’s even better with stouts and porters.

The question now arises, in true Dragons Den style; did we actually need this? If I’m honest it does feel like a product that’s jumped on the wave of the craft beer band-wagon. It’s trying to be hip and cool in a craft beer world yet it looks like something you clean your teeth with (at best), yet I can’t say it doesn’t work nor that I didn’t enjoy it. In fact the more I use it the more I enjoy my beers – it just seem to make them silky and quaffable.

It’s hardly groundbreaking but a good product that in conclusion works for fans of craft beer who like a head, of which I am certainly one. If that’s you then this is right up your street. A bit niche? Hell yes but then that’s also why I quite like it. The only downside is getting it out in the bar, it looks a bit suspect. And makes you look like a beer geek. Hey-ho, I guess I am. Still maybe the Ultra Beer thing is one to enjoy just at home. 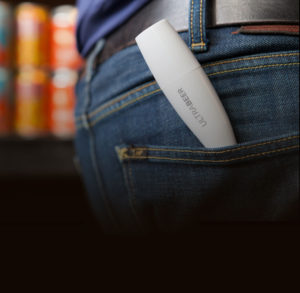