It’s been hard picking a favourite beer this month for our online club. 50 beers added last month to the site and 50 more this has really tested out tasting team! There are worse jobs and all that. We were really excited about Mondo’s new brews as we haven’t had a brut (all the rage at the moment) on the shelves before. We were also very keen to try their fruit trio of Juice Crew and rightly so they are busting with flavour but it was another fruit infused beer that that grabbed out attention and fired all the way to the top of the charts this month – Tiny Rebel’s Fields Forever. 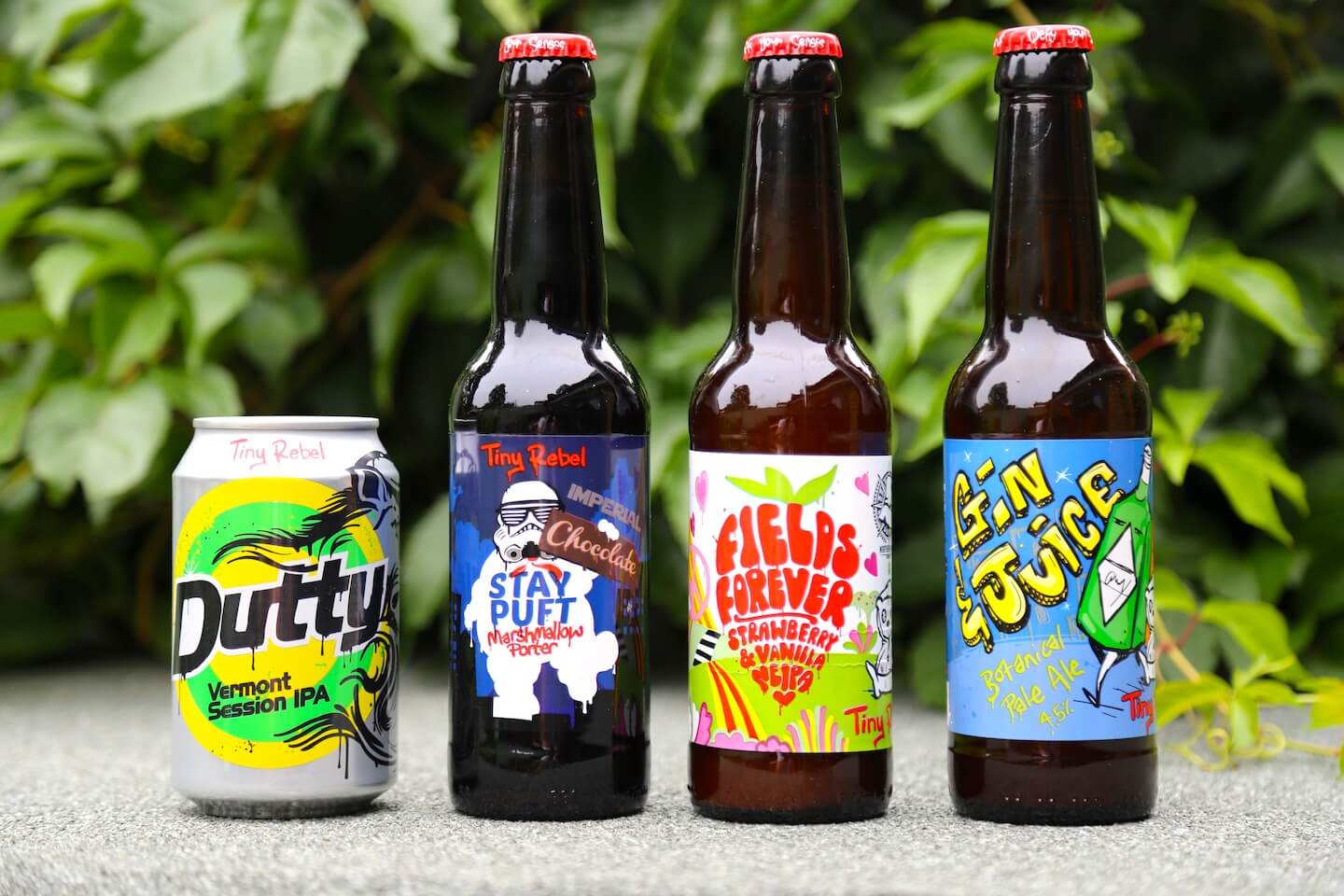 New England style IPAs are everywhere at the moment and with good reason; it’s a brilliant style to showcase murky hoppy beers. But what happens when you add a bucketload of strawberries to one? (Strawberry) Fields Forever is the answer. Now this gorgeous little drop isn’t just a Tiny Rebel masterstroke, Northern Monk had something to do with it as well and when great breweries collide it’s no surprise this is so damn good.

This is no ordinary beer though, it comes with a warning! It’s not like a Brewdog style stunt with a warning like “this beer will explode if not drunk at a 7 degree angle” or whatever their latest gimmick is this, no, is more of a subtle bit of advise to the lucky craft beer fan in question with this beer in front of them. The message is simple: “embrace the floaters”!

The breweries even went as far as writing up a blog on this to help beer drinkers understand this beer because putting it mildly it looks disgusting! 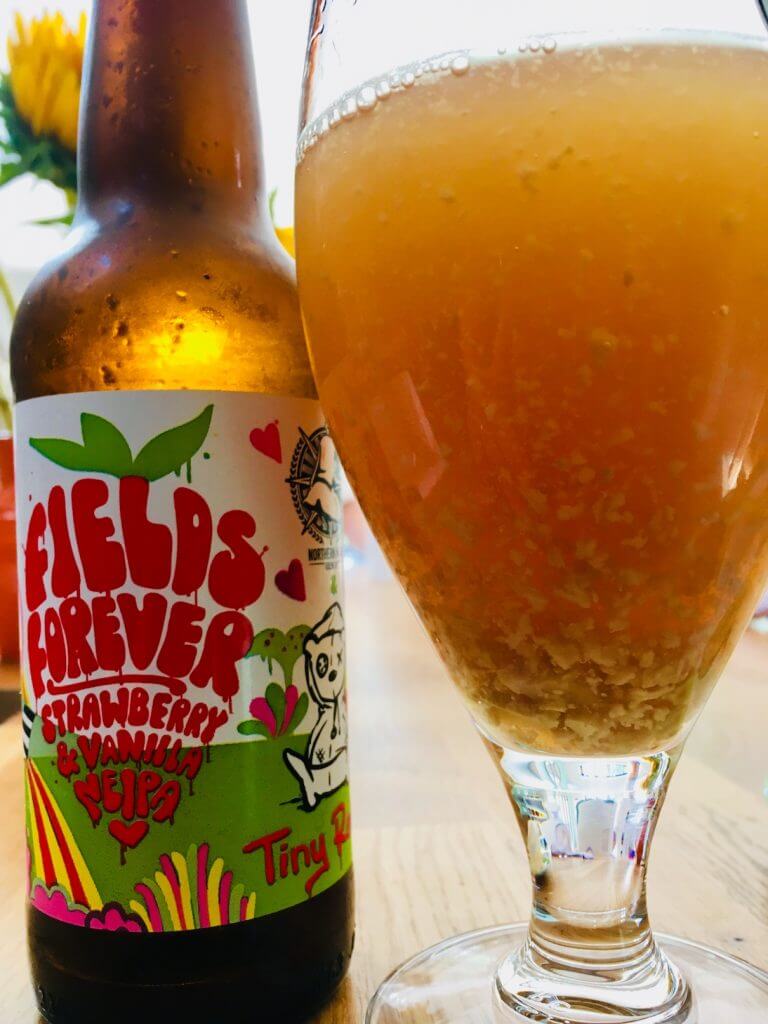 This {beer is full of} sediment {which} literally consists of lactose, fruit proteins and yeast. In other words, it’s really, really tasty. However, some people might not think it looks too appealing. Especially if you pour it like you would with any other beer, which would result in disturbing the large particles and distributing them throughout the beer – descriptions of the results of this include “chunky” and “snowglobe”. This is simply an aesthetic issue. There’s absolutely nothing wrong with the beer – it just might not “look right” to some. Tiny Rebel Brewery

We wholeheartedly embrace this beer and enjoyed it in all it’s floaty glory. It drinks with a good amount of smooth hoppiness but with an incredible (but not overpowering) end flavour of smushed fresh strawberries in it. It packs a punch too but is so very easy to drink you will definitely be popping another one open as soon as the first is gone. If nothing else, and this isn’t normally your thing, you have to admit you are intrigued right?

Tiny Rebel / Northern Monk Fields Forever NEIPA is our beer of the month for fun, fruitiness and floaters! Buy, pour hard, stir and sip in happiness.

PS: A notable mention also goes to Tiny Rebels Imperial Chocolate Puft which is epic as well and was soooooo close to taking the crown 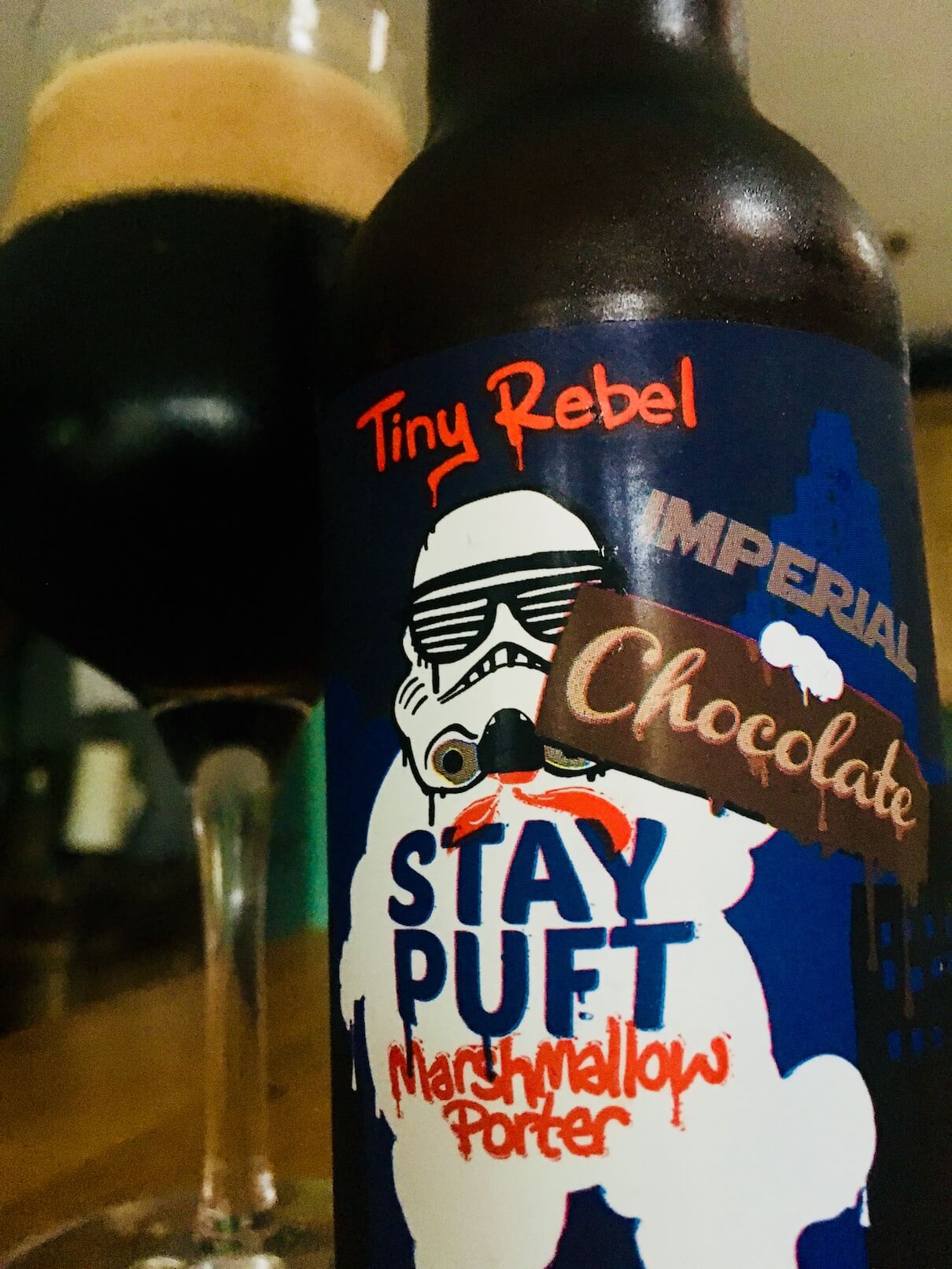