What is a craft beer club?

The alcohol industry has changed drastically in the last couple of years when it comes to craft beer, the mass-produced lager of yesteryear has recently been losing ground to the craft beer market, and the big players are taking note.  In the UK this has been brought into the mainstream by Scottish brewers BrewDog who changed the face of the industry forever with their now iconic Punk IPA. Supermarket shelves are now not only trying to stock the major craft beer breweries but also starting to host a slightly better variety of micro-breweries. However from anyone simply looking for better beer to your craft beer enthusiast this continues to be fairly limited and inconsistent. It a brave new beery world we are living in. As people’s tastes change so does the world around them and some crafty businesses have developed Craft Beer Clubs, where you pay a monthly fee and have access to score of breweries and hundreds of beers – including one off specialist brews – right there to choose from at your leisure. 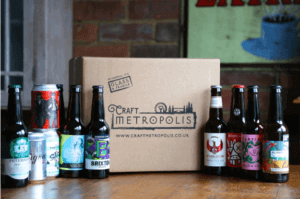 How does it arrive?

It can be so tiresome to drive or walk miles to a specialist craft beer club or lug them home in a tattered carrier bag – however it doesn’t have to be that way, you can get the beer delivered straight to your door. The craft beer clubs send their beer in a nifty box through the post so you don’t even need to leave the house.  They’re great for one-off gifts but mainly perfect for those who feel good beer is a way of life. Just think, beer in the post – is there anything better? 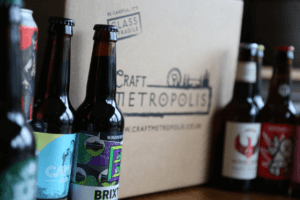 But what about the price?

My immediate concern was that the beer would be so overpriced, that I’d be sucked into some pretentious know-it-all club or one that sells £1000 bottles of beer. This isn’t the case. Although more expensive than the supermarket these are hand-made delicacies, crafted with love and care, and that shows in the flavour. Plus take into account the overheads of an online store are lower than a physical shop it actually means the box price is pretty reasonable when you take into account the fact shipping is included in the cost. Sure, it’s more expensive that getting a 20 pack of Carlsberg from Tesco, but for a monthly subscription of around £35 you’ll be  can transporting your tastebuds into to a world of unknown adventures, instead of putting them through a Game of Thrones level of torture.

What kind of beer can we find there?

It’s not just your bog standard brown-water IPA or ale you see on supermarket shelves, devoid of real flavour. Here you’ll find this craft beer club hosts absolutely every type of beer thinkable. Whatever you fancy it’s there online. From modern twists on old recipes like an amber ale or a German inspired wheat beer, it is available. Have you ever gulped down a blonde beer, or even tried a true craft lager packed with flavour? From stout to mead, golden ale to Hefeweizen and beyond to double IPAs and pale ales with over 150 types of beer to choose from you’ll be able to find a beer for absolutely anyone.  Get dad it for his birthday, surprise your mates with a pack for the game or simply join the fast-growing craft beer community and start drinking better beer. 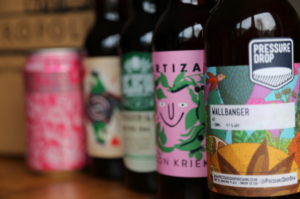 So what are you waiting for?

There are plenty of craft beer clubs to choose from in the UK, so start your google search today and join the gang The craft beer world is exciting, captivating and most of all one of the tastiest new trends of the 21st century.

Enjoy our blog, why not check out our craft beer club?